Chimney KingBlogBuildingHow to Tell if You Need to Sweep Your Chimney 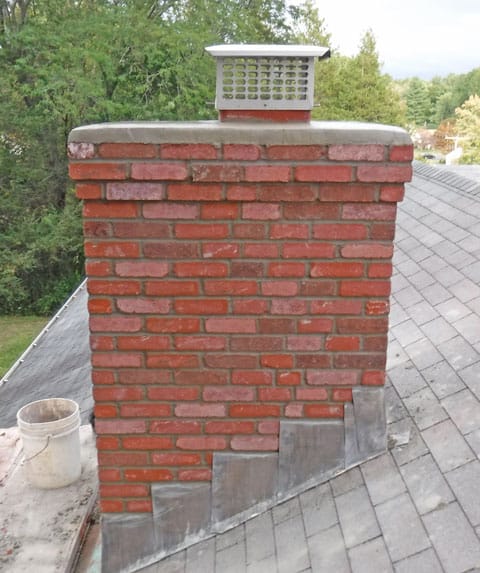 The feeling of heat and coziness that comes from sitting around a fireplace in the winter is unparalleled. As you think about this, you might wonder, when was the last time you swept and inspected your chimney? Maintaining your chimney regularly will help you get the most out of your fireplace, as well as ensure its safe operation.
If you don’t sweep your chimney, what will happen?
You put yourself at risk of chimney fires and carbon monoxide poisoning if you fail to get routine chimney inspections and sweepings. By blocking fumes from escaping, soot, creosote, and tar can ignite a fire.

CHIMNEYS NEED TO BE CLEANED WHEN THE FOLLOWING 8 SIGNALS APPEAR:
1. Your fireplace’s walls are spotted with oil
Your fireplace’s black, oily spots are made up of a substance similar to tar called creosote. Depending on how much substance builds up in your chimney, you might have restricted airflow. Smoke and flue gasses remain in the flue for longer periods of time when the airflow is poor, accelerating buildup.
2. Fires that burn poorly
You might not be able to start fires in your fireplace because the chimney is clogged or the damper is malfunctioning. A fire can’t burn properly if it lacks the oxygen it needs.
3. The smell of a fireplace
Creosote emits an odor similar to that of a campfire and can penetrate your home. The smell is not only unpleasant, it also indicates that soot has accumulated to a dangerous level in your chimney.
4. The Chimney and Animals
In addition to blocking airflow in your chimney, animal nests can catch fire when burning wood in your fireplace. The nests most often found on your chimney cover the vents at the very top. Chimneys are also a popular nesting spot for squirrels.
5. Fires Don’t Cause Smoke to Rise Up the Chimney
Smoke may not be rising up your chimney as it once did if you notice this. In a chimney, air should flow up, but creosote can prevent this from happening.
6. Maintaining fires is difficult
In order for your wood to burn, it needs oxygen, but a dirty chimney can make it harder for it to do so.
7. A chimney is spewing smoke
A buildup of creosote on your wood could be a sign that your chimney needs to be cleaned if you see chunks of soot falling from the chimney.
8. There is black creosote buildup on the chimney damper
If your hand turns black when opening the damper, it is time to have your chimney swept.
Identifying these signs is fairly simple, but protecting your house against fire damage is the next step.
Your chimney should be cleaned and inspected every year, not just in the spring!